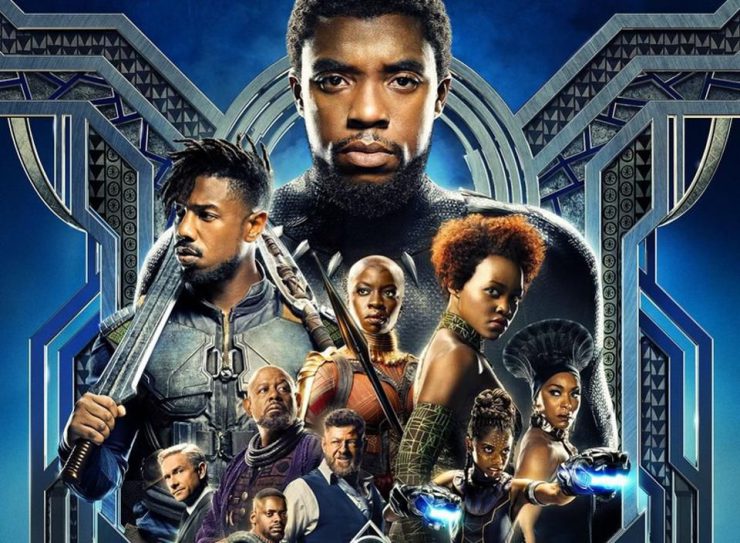 One way to cheer yourself up: ‘Black Panther’ reaction videos

There’s not much to be happy about in this country today—but we do have the opening of Black Panther. To say it’s a watershed cultural event is putting it lightly.

The ascension of superhero movies has often been criticized as a “dumbing down” of cinema itself, as studios chase more dollars with ever-bigger spectacles. That may very well be the case, but it doesn’t mean escapism shouldn’t still have a valuable place in theaters—especially when it’s paired with meaningful characters and resonant stories. Marvel’s primary goal is to make entertaining movies that sell lots of tickets and tie-in merchandise, and it’s very good at it; but with Black Panther, it’s also made all the right creative choices to produce a movie that has enthralled and uplifted a huge, underserved audience—even long before its release.

Reaction videos usually amount to genre fans geeking out on camera and declaring a trailer to be “awesome.” In the case of Black Panther, it has caused outpourings of long pent-up emotions as African American (and international) viewers finally get to see a black hero—and a black cast of superstars—take center stage. Watching these fans’ catharsis is heartening—seeing tears of joy are a welcome change of pace these days.

So, to cheer myself up and get ready to finally see Black Panther itself, I’ve been watching the six months’ worth of reactions to the movie’s trailers. Here are just a few favorites.