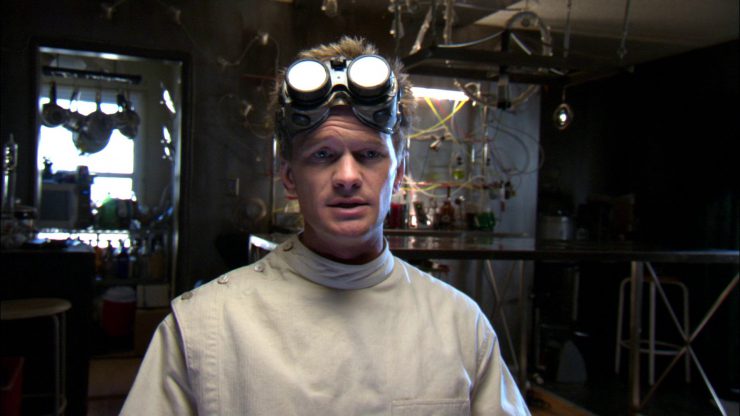 Remember when Hollywood was going to take over the Internet?

It was announced in the late ’90s, not too long after the Web was discovered to be popular among computer users. Naturally, the entertainment establishment couldn’t allow a new medium to exist for long without trying to master it. Everybody loves Hollywood movies and TV shows, right? So injecting its true professionals into this unruly arena would shape up the Internet in no time, creating new audiences and new income streams for their glossy products. Threat defused!

Only it didn’t work out like that. The biggest concerted effort to put a Hollywood leash on the Web, POP.com, flopped like Howard the Duck II. It revealed just how hopelessly old-fashioned studio executives could be in the face of a strange, new medium. Backed by Ron Howard’s Imagine Entertainment and Steven Spielberg’s Dreamworks studio, and bankrolled by the horribly misguided investor Paul Allen, POP.com blew millions of dollars on a massive staff and (semi) A-list talent like Eddie Murphy and Steve Martin. And it never even launched.

Since those dark days in 2000 (an era in which Melanie Griffith could be credibly described as a “netrepreneur” by Business Week), the Internet has indeed been transformed into a highly successful video entertainment vehicle. Only it wasn’t Hollywood that figured out the right business model; it was lunkheaded college students videotaping their buddies jumping off of roofs. Or kids exposing their Star Wars fixations. Or would-be comedians shooting unfunny skits. Or geek-men painstakingly unboxing their latest online purchase.

Yep, it was a bunch of cheap, user-generated, amateur crap that finally took the Internet by storm. And while the big networks and studios valiantly fought back with webisodes for TV series in the offseason, Hollywood never quite knew what to do with the Internet. But at least Joss Whedon had a good idea 10 years ago, even if it didn’t revolutionize Web entertainment.

Whedon—the nerd/writer who somehow infiltrated network TV with Buffy the Vampire Slayer and then the Marvel Cinematic Universe with The Avengers—self-produced his own Web series, Dr. Horrible’s Sing-Along Blog in 2008, and it still holds up. He managed to infuse just the right amount of production values into a humble, goofy project to create something that works best on the Internet. (Of course, now you’ll have to buy it as an iTunes download or an old-fashioned Blu-ray disc.)

Neil Patrick Harris (Doogie Howser, M.D.) stars as the titular Dr. Horrible, an inept, would-be super-villain who seeks to join the Evil League of Evil via the destruction of his nemesis, Captain Hammer (Nathan Fillion). He would also like to date the beautiful, sweet-natured homeless activist Penny (Felicia Day), who seems more smitten with Captain Hammer. Much silly singing ensues and plenty of superhero in-jokes. (Relating any more of the story would be unforgivable for a trilogy that totals about 40 minutes.) Dr. Horrible hits the sweet spot between kooky comedy and involving melodrama, which makes it quite rare for any medium.

Written by Whedon (along with his brothers Zack and Jed and Maurissa Tancharoen) during a Writer’s Guild strike, his stated goal was “[t]o turn out a really thrilling, professionalish piece of entertainment specifically for the Internet. To show how much could be done with very little. To show the world there is another way.” And that other way mostly entails removing studio executives from the equation. Achieving that goal is easier if you’re Joss Whedon and can wrangle access to studio backlots and get scores of technicians to pitch in.

But imagine, if you will, your favorite filmmakers creating their own series or features without somebody in an expensive tie and excessive hair gel telling them, “I don’t get it.” Well, that future is now! And it’s happening at Netflix, the company that ultimately figured out how to monetize the Internet as a new entertainment paradigm: launching a streaming service with original content. By removing the onus of ticket sales or hard-copy sales—and in turn the deadly determination of whether a script is “commercial enough for the mainstream”—Netflix allows itself to make much more daring (or smarter) creative choices than your typical studio/network. That attracts both talented creators and discerning viewers.

That isn’t to say services like Netflix won’t still make mindless entertainment—i.e., Adam Sandler vehicles—but with an end goal of simply attracting more subscribers rather than massive one-time sales, they can invest in shows of all different types that appeal to all sorts of demographics and tastes. (Like, for instance, quirky, self-aware superhero parodies with lots of singing.)

Although not many filmmakers followed in Whedon’s footsteps with Web-only shows, Dr. Horrible did point the way toward an entertainment world where creators could take a chance on a possibly crazy idea—and find an audience. 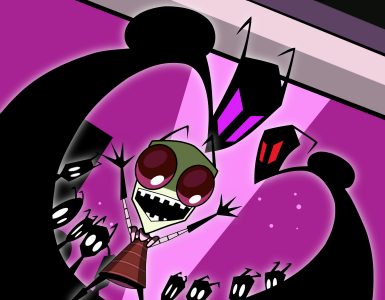 Jhonen Vasquez was born to be a comic book artist—he started drawing as a child and hasn’t stopped since, though it wasn’t his primary career aspiration. He simply enjoys illustrating. His first published comic...