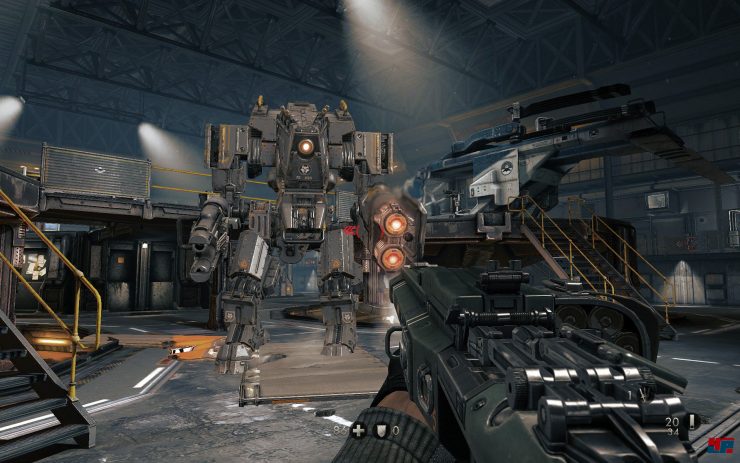 Castle Wolfenstein is my safe place.

I’m very familiar with its deadly halls, having traversed them as a scrappy private on one of my first campaigns on the Apple II. In the early ’80s, combat was a game of subsistence—we didn’t have unlimited weapons and ammunition back then, no sir. You had to mete out bullets like the rare commodities they were and worry about the consequences of daring to shoot a guard: drawing out more guards. Really, the ultimate goal of the original Castle Wolfenstein was stealth: sneak around, search for the Nazis’ war plans, get out. The guards’ ability to actually bark commands at you—“Halt!”—added a shocking sense of reality to the game’s top-down view of boxy figures and near-empty rectangular rooms.

Then, in 1992, all hell broke loose. With the release of Wolfenstein 3D, iD Software introduced a beguiling new game genre and a source of ongoing controversy: the first-person shooter. For millions of teenage gamers used to scrolling side views of cartoonish figures, being placed inside the game and viewing the action from the main character’s own perspective was the ultimate dream come true. World War II just got real—albeit with a robot-suited Adolf Hitler wielding quad chainguns in near-empty rectangular rooms. Nevertheless, having enemy soldiers chasing you—not just some quirky third-person sprite—made for an entirely new (scary) gaming experience, heightened by at least a small sense of exploration.

While each Wolfenstein sequel has refined this basic formula, it really hasn’t changed much for the past 25-plus years: evil scientists + cyber/zombie soldiers = castle as shooting gallery. Not unlike one’s weakness for the utterly predictable and not terribly wholesome Big Mac, I find myself unable to resist the lure of each new edition—I know what I’m going to get and I will like it on a very basic level. (Yes, I know it’s bad for me.)

With the 2014 reboot, Wolfenstein: The New Order, I figured I’d take a pass. After all, hadn’t I done my tour of duty many times over? Wasn’t I getting too old for battling Nazi scientists and their lab-made minions? What could new developer MachineGames really offer to keep my interest in this ancient title? Well, as it turns out, they had a secret weapon: poignancy. Yes. Incredible as it may seem, we now live in a world in which a Castle Wolfenstein title features characters you might actually care about. And that’s how they pulled me back in. Then, in 2017, they kept my interest with its sequel, The New Colossus.

At first, The New Order starts out as per usual for any Wolfenstein game: storm the castle! Your name is Blazkowicz, you’ve got a machine gun, and the place is crawling with Nazi stormtroopers. You know what you have to do and there is little room here for subtlety. In fact, I would say The New Order is more graphically gruesome than any of its forebears—enough to make me start thinking along the lines of a Senate subcommittee: Is this much virtual bloodletting going to have a detrimental effect on my psyche? But you do start noticing some differences here amid the carnage: First, the Nazis seem to utilize some amazingly advanced weaponry—as in, insurmountably advanced, towering, energy-weapon-equipped robot tripods. (How’d they do that?!) Second, according to what your comrades are saying, things might not be going so well for the Allies. Like, they might not win the war, even with your unmatched abilities to repeatedly press the triggers on your controller. And third, the raid on Castle Wolfenstein might not be a total success. Your archenemy, Gen. Wilhelm “Deathshead” Strasse, proves to be very wily indeed—capturing your squad and giving you a grim task: choosing which of your friends he will vivisect for his diabolical experiments.

That unsettling choice reveals MachineGames’ ultimate plan: to take you out of your comfort zone. This time, you can actually see the consequences of what happens to the world if you don’t defeat the Nazis. Trying to escape the fortress, Blazkowicz takes some shrapnel to his head and falls into a coma; mistaken for a German casualty, he awakens in a Polish psychiatric hospital where he lives in a vegetative state for the next 14 years, cared for by a family of doctors. When he finally regains his senses, the player enters an alternate history in which the Nazis are comfortably ruling the world, utilizing Gen. Strasse’s uncannily advanced technology. The art direction here is spot on, taking the original Nazi design aesthetic and imprinting it on retro-futuristic vehicles, robots, and vast cities of concrete. It’s a convincingly nightmarish world to wake up in. So what can Blazkowicz do about it?

Certainly, vengeance is on his mind, though this Blaskowicz is more even-tempered than his previous iterations. He may be angry, but he’s also pretty depressed, with an inner monologue that whispers in every so often revealing his yearning for a “regular” life, one that he knows is beyond his grasp. He’s meant to do other things. So, after some initial payback bloodshed, his first plan is to locate whatever resistance force he can find. And this is where The New Order actually reveals some new dimensions: the ragged fighters he eventually joins each have interesting backstories that arouse your sympathies. As you begin to see the Nazi world through their eyes—and later, through the eyes of prisoners at a concentration camp—the age-old Wolfenstein scenario takes on a much more personal angle than the previous “just kill ’em all” motivation.

That isn’t to say that the constant use of weaponry isn’t still there—and it’s often repetitive and dull. The Nazi troopers are also pretty darn stupid and all too easily defeated, the semi-RPG elements don’t make much of a gameplay difference, and the single-player-only campaign is really too short. Nevertheless, Wolfenstein: The New Order successfully reimagines an old warhorse who’s still worth another fight.

The New Colossus continues that mission and adds some interesting new twists—besides the usual array of new gadgets, new weapons, and (gasp!) the inclusion of side quests, the sequel relocates the action to the U.S. of A. Despite Blazkowicz’s best efforts in The New Order, the Nazis have claimed victory over the world, and our story picks up as they solidify their control of North America. New York City has been destroyed by an atomic bomb and the U.S. government has surrendered. There is little organized resistance to the nation’s new overlords. And that’s where The New Colossus gets very interesting, particularly in light of our own (real-life) politicians’ newfound acceptance of neo-Nazis. In this alternate future, the invading Nazis are not only accepted by the conquered, they are welcomed.

Just as current events have shown that racism and intolerance have only been hidden beneath the surface rather dismissed from our culture, the white Americans in The New Colossus relish their unrestrained domination over other races or faiths. Particularly chilling is Blazkowicz’s mission to Roswell, N.M., where a parade marches down the town’s main street in celebration of the new government. As you walk through the crowd, you can overhear spectators’ chit-chat about how “normal” things have become again; meanwhile, Klansmen patrol the streets in white sheets, empowered by their new German partners. What might have been pure science fiction a few years ago now seems like disturbing social commentary.

The New Colossus could use more scenes like that (as opposed to its over the top, pulp-fiction turns involving lots of blood), but at its core the game is mostly about shooting bad guys, after all. It’s just a shame that the concept of fighting Nazis has become controversial today. 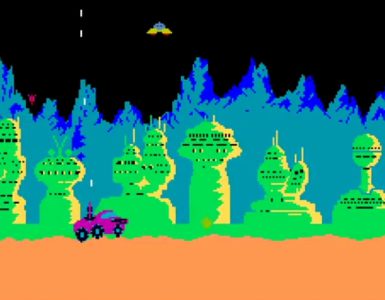 The names trigger recollections of long-ago visits to dimly lit arcades: Phoenix. Space Fury. Moon Patrol. These were games that did not inspire quite the same level of quarter-killing obsession as, say, Defender or... 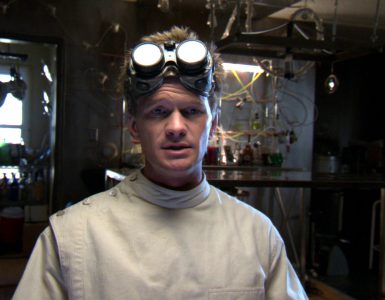 Remember when Hollywood was going to take over the Internet? It was announced in the late ’90s, not too long after the Web was discovered to be popular among computer users. Naturally, the entertainment establishment...