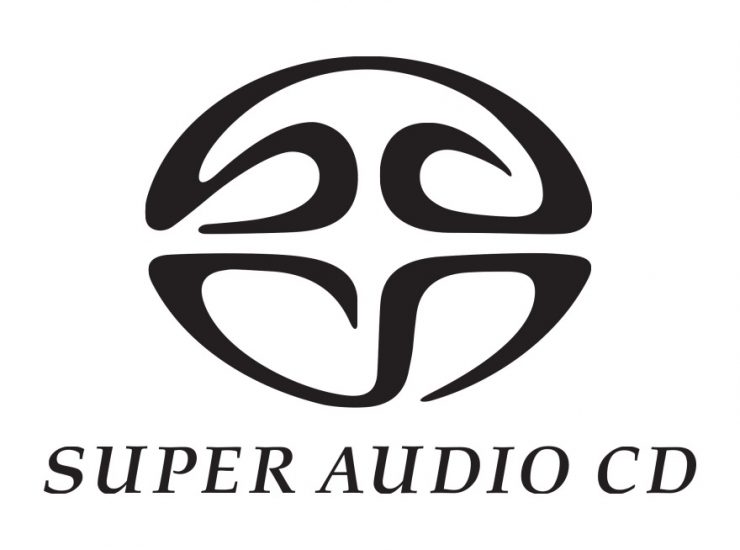 Remember the glory days of SACD? No? Well, maybe it’s not too late…

As Blu-Ray Audio (aka, “High Fidelity Pure Audio”) completes its swan-dive into commercial oblivion (2014-2017, RIP), it may comfort those who invested in this little-known music format that a cult following is just around the corner. Now that new stand-alone disc releases are highly unlikely, a new buyer will appear on the market: the collector. At first, prices will plunge like Happy Meal Beanie Babies, but give it time—the market will rebound as adherents pursue the last remnants of this once glorious audiophile dream.

Let’s call them too-late adopters: As soon as a physical format disappears, obstinate tech-heads will pledge their allegiance to it. Some of them may fervently believe their lost format of choice to be superior to succeeding formats, just as 78 rpm purists still disdain the degraded sound quality of 33 rpm LPs. Others look at dead formats with nostalgia, as if searching out old copies can reclaim their technological idealism; otherwise, why would anyone buy RCA VideoDiscs?

(Yes, in the 1980s, RCA dared to imagine the future without lasers or digital media by releasing a 12-inch PVC platter played with a needle—the ultimate expression of Edisonion technology.)

The roll-call of flopped audio and image formats is a tribute to clever ideas and bad timing: Polaroid’s “Instant Home Movie System,” Polavision, which introduced flat, grainy movies played back on a proprietary screening device—right before the VHS revolution of the ’80s; the APS “smart” film cartridge, intended to make taking photos a breeze—just as digital cameras began consuming the market; Sony’s MiniDisc, which promised on-the-go audio recording and playback in a convenient handheld device—right before MP3 players and the iPod blew up.

While much of my own collecting of dead media has been devoted to vinyl records—a fabulously successful format for 50-odd years, now seeing a resurgance—I have joined the too-late adopters with my devotion to a late 20th century flop: Super Audio CD.

Introduced by Sony in 1999, SACD was intended to replace old-fashioned audio CDs by offering superior sound quality (and copy protection). Initially, Sony debuted it as an audiophile format requiring expensive high-end players. When DVD-Audio came out a year later, it offered 5.1 surround sound and backwards-compatibility with all DVD players via Dolby Digital. Sony fought back with cheaper players and surround sound, as well as hybrid discs that contained standard CD tracks compatible with any player. The result was a war between the two for the title of High-Res Audio Format of the Future.

It didn’t last long. In the end, both contenders lost to diminutive upstarts: the MP3 and Apple’s AAC, along with an array of other codecs—including (eventually) 24/192 high-res FLACs.

Convenience and portability (not to mention online trading) proved to be what consumers really wanted—not improved sound quality. Which is a shame, because once you listen to a properly mastered SACD on a decent stereo system, it becomes clear that a lot of those CDs we’d been buying for the previous 25 years kinda suck.

Without delving much into the technical aspects, SACD has a much greater dynamic range and wider frequency response than CD, using an encoding process with a sampling rate advertised as 64 times that used in Compact Disc Digital Audio (AKA “Red Book,” named after its color-bound book of specifications). While skeptics charge that these specs go beyond the range of human hearing (and are largely pointless), believers claim that more musical information is being relayed, resulting in a more lifelike sound.

But good sound is in the ears of the listener, and what I hear from SACD is usually substantially better than CD. After listening to several SACDs, going back to a CD sounds uninvolving—louder, perhaps, but edgier, flatter, and often too bright. The playing of individual instruments meld together into one big muddle, and listening closely to CDs for more than an hour or two gives me a mild headache. It’s made me realize that for many years now, I’ve only been casually listening to CDs in the car or as background music, as if subconsciously avoiding too much exposure. But growing up, I would put on headphones and listen to LPs for hours—really listen to them, as if trying to lose myself in the sounds.

Putting on a well-mastered SACD (early discs weren’t always great) brings back the desire for hours of listening time. I can hear each player in a band, distinct from one another, creating the sensation of a full soundstage. Each instrument offers more nuance, from the lingering reverberations of a crash cymbal to the deep vibrations of a stand-up bass. Even on my rather cheap “vintage mid-fi” stereo system, the sensation is altogether more lifelike than the better CDs in my collection.

So why don’t I just invest in high-res FLACs from online stores like HD Tracks and play them through a nice DAC? Because they’re still too expensive and their resale value is zero. Meanwhile, new SACDs are still being published by boutique labels like Analogue Productions, ORG, Mobile Fidelity Sound Lab, and others. I’d much rather spend the same money on physical media that has a chance of retaining its value (or even going up) than a computer file that’s instantly worthless. Likewise, new SACD players are still being sold by Marantz, Oppo, Cambridge Audio, Yamaha—heck, even Sony. So, SACD is still clinging to life despite its reputation as yet another Sony boondoggle that’s best left forgotten. I have joined an audiophile sub-cult!

Also, collecting things that are hard to find is fun. Pressing a button to get illegal downloads: boring.

When SACD first came out I thought it was a taciturn admission by Sony/Philips that the cd medium wasn’t as good as they made it out to be(it wasn’t) then I acquired a Sony multi disc DVD player which had the ability to play SACD,I had the good fortune to buy Roxy Music Avalon on SACD and was converted upon hearing it, still collecting and now have a newer player that sends the DSD stream that my receiver which recognizes it. Sonic bliss…