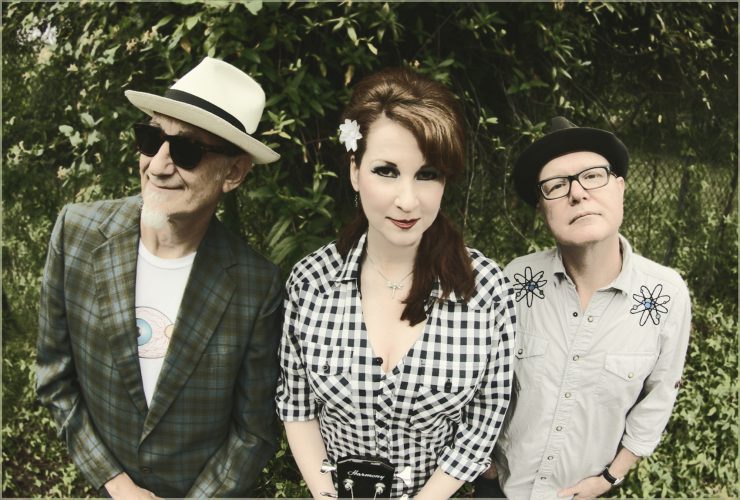 The South’s portrayal, as a topic of media fascination, is in constant flux. Is it a quirky hotbed of creativity, full of unconventional artists, musicians, and chefs? Or a region that can never quite move past its bleakest history? It’s a terribly complicated place, to say the least, and almost impossible to neatly encapsulate for public consumption. Even more difficult: to address the South’s cultural stereotypes in three-minute songs. You’re surely doomed to be heckled, far and wide, no matter if your songs are celebratory or satiric. Yet, Southern Culture on the Skids has been doing just that for 35 years, striking a natural balance between good humor and pure rock ‘n’ roll.

On a recent drizzly morning in Chapel Hill, the world’s foremost practitioner of surf-billy guitar and writer of such white-trash classics as “Dirt Track Date,” “Eight Piece Box,” and “Carve That Possum” had more on his mind than recording new songs or rehearsing for tour dates. No, Southern Culture on the Skids’ Rick Miller was on another mission: changing dirty diapers and checking out a new daycare option for his son.

Attending to domestic duties may not seem like a natural part of the glamorous rock ‘n’ roll lifestyle, but it’s testament to SCOTS’ staying power. Even after 35 years of fried-chicken dances and beehive ‘dos—and the new responsibilities of parenthood—Miller, bassist Mary Huff, and drummer Dave Hartman are still supplying a vital element that’s always been rare in the music industry: fun. Of course, when they formed the band in 1983, a long-term career in goofy hillbilly rock didn’t exactly seem like a sure thing.

“When I started the band, we really decided to try and find our own niche, to do our own thing,” Miller says. “I had no idea it would last as long as it has, but I think it’s because we’re different from most bands.”

“Different” is a simple way to put it. While other Southern rock bands have arisen in the past couple decades, few dare to tackle the region’s cultural stereotypes with such gusto: mobile homes, El Caminos, corn liquor, and banana pudding. But rather than just make fun of such cultural clichés like a redneck GWAR, SCOTS’ songs celebrate them with equal measures of affection and irony.

“The regional flavor of the place has so much to offer the imagination, for good or bad,” Miller says. “Some of the things that people associate with the South can be negative, but some are very positive. We try to stay away from the negative stuff and accentuate the uniqueness of the place, with a sense of humor.”

But rock ‘n’ roll history is filled with the obituaries for bands that had a sense of humor; rock music is generally considered to be serious business, currently overrun by maudlin boys in black mascara who sing about their sad lives. Injecting a few running gags about fried chicken into your live show or wearing less-than-solemn stage outfits will quickly earn you the disparaging music-critic label of “novelty band”—the kiss of death.

“A lot of people do have us tagged as that. But I think if you listen to our body of work, there’s more to it than just a novelty appeal,” Miller says. “No doubt about it, the whole image and the name obviously say a lot about who we are, but I think people who see a lot of humor just immediately think it’s a novelty band, and it’s not necessarily like that. I mean, novelty songs are a part of what rock ‘n’ roll is, but if we were a novelty band, how could we be around for 25 years? There’s something more to it, something more that people can grab a hold of and enjoy. So I just take that with a grain of salt. A lot of times it’s just people who don’t understand us, don’t get us, or just don’t like us in general. What can I do?”

Fried chicken is just one part of the story that SCOTS wants to tell. (“We’ve done no chicken. If I look out at a crowd and I don’t think it’s going to be very much fun, I won’t do it.”) While Southern culture may not quite be on the “skids,” it has certainly changed since the band’s inception. With the influx of new people moving to the South, its pop-culture conventions are that much more well known—and fast becoming homogenized. As interchangeable malls and subdivisions pave over hills that once inspired tales of bootlegging runs, Miller searches his own country childhood for songwriting inspiration.

“I really enjoyed growing up in a small Southern town,” Miller says. “As a child, I was taken by some of the strange and unusual characters that I think only the South affords us. And I think a lot of my inspiration comes from those people; they were kind of outsiders, people you would consider to be on the periphery of society.

“My dad used to run a mobile home plant and I used to work there in the summertime, and I just met a lot of people who really grabbed my imagination. I’ve written some songs that are specifically about them, like ‘Man That Wrestles the Bear,’ about a guy who worked at the factory who used to try to make extra money or prove his manhood by wrestling a really mangy, muzzled, mean bear every year at this cheesy little fair that we had in Vance County. Now, somebody from the South would know what I’m talking about there, with the sideshows, but they don’t really exist anymore that I know of.”